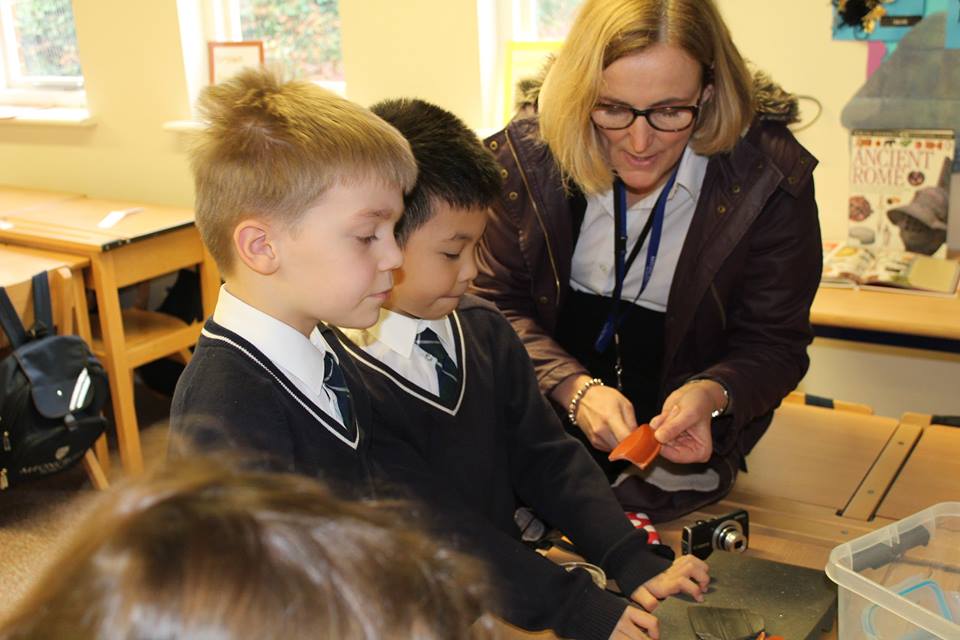 Year 3 enjoyed a visit from an archaeologist from Trench 1 Archaeology. She discussed her role and Betsy volunteered to dress up as an archaeologist; she enjoyed wearing the adult sized hi-vis jacket, helmet and steel toe capped boots!

The children enjoyed using their senses (apart from tasting) to explore a wide variety of artefacts, they identified ‘posh pottery’ used by wealthy Romans by looking at intricate designs and a shiny glaze. Louis examined the Roman strigil and decided it was used on a horse, he now knows it’s part of the Roman bathing routine.

Using wax tablets and styluses Year 3 wrote their date of birth in Roman Numerals. The workshop ended with Esther and Joshua dressing up as wealthy Romans, unfortunately contracting a deadly illness and being buried with their treasured possessions.

These young archaeologists unearthed Esther and Joshua’s grave to find skeletons (plastic ones) and their treasures were intact; giving our Year 3 archaeologists clues to the past.