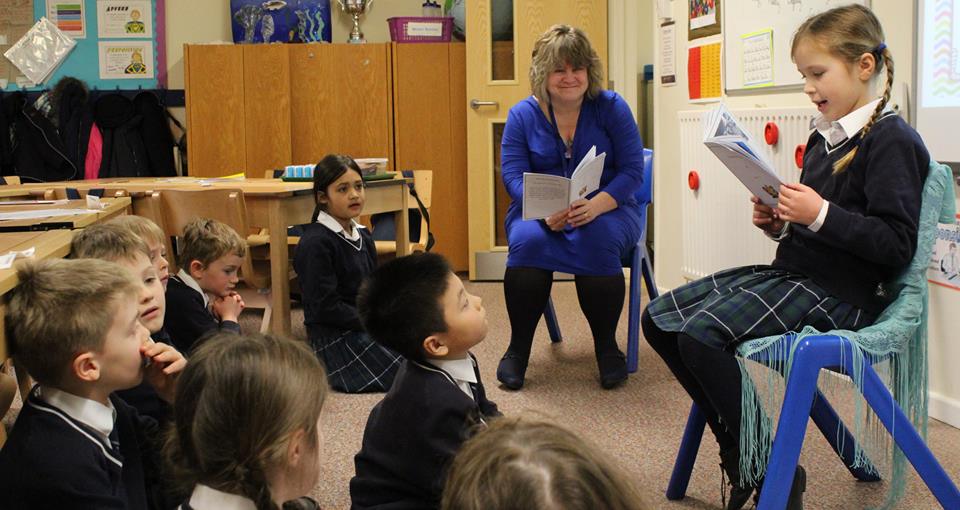 Mrs Ebery visited Year 3  to award them with a Class Commendation for their short story writing.

Pupils have been re-writing traditional fairy tales and have produced a storybook called ‘The Book of Three’.

Besty wrote ‘the blurb’ on the back page of the book.

Other stories included were: