Mixed-Ability Setting: To Set or Not to Set

Mixed-Ability Setting: To Set or Not to Set 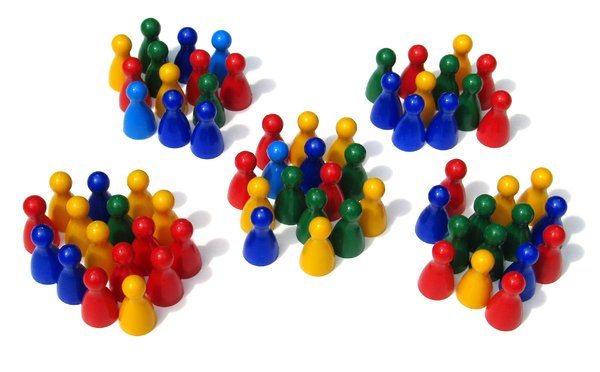 In 1998 a paper was published in the Journal for Research into Mathematics Education entitled, “Tell Me With Whom You’re Learning, and I’ll Tell You How Much You’ve Learned”. It’s a provocative title, given that a significant focus in any educational environment is ensuring that all pupils make progress. Not just any progress, but the holy grail of rapid and sustained progress, for every individual.

Much has been debated about the positive benefits versus the potential negatives from mixed ability setting and, in most of the schools I have worked in, the majority of core subjects have been set according to ability. This feels somehow reassuring. Although I confess I am not quite sure who it is who feels most reassured.

From experience I know that parents generally approve of classes being organised into ability classes as it intuitively feels as if the pace and the rigour will be pitched at an appropriate and more precise level. Many teachers too, believe innately, that grouping according to ability is the most practical way to go. (Unless they end up with, horror of horrors, bottom set year 11 on a Friday afternoon, that is!)

The truth, however, is that ability setting, rather than a holy grail, is more of a poisoned chalice. Instead of enabling teaching to be precisely differentiated to maximise progress, it can, somewhat counter-intuitively, lead to a pace which is incompatible to learning, a limitation in opportunities to learn and a restricted range of teaching styles. An argument often cited is that for top sets, at least, setting is essential to ensure appropriate stretch and challenge.

Academic research, however, has found this not to be true. If anything, the self-imposed pressure to “push the top end” often results in too fast a pace to embed learning, a gallop though course content and often at the price of panicky pupils who struggle to keep up but feel as if they cannot say anything for fear of losing their “top set” place. The ultimate result, therefore, can be anxiety, loss of subject enjoyment and poor self-esteem. In fact, exactly the same issues which often occur in so-called “low ability” sets, when pupils feel that they are forever pigeon-holed as weak or unable.

Given this context, this year in English we have taught mixed-ability classes in years 7 and 10. Year 7 may seem like a “low-risk” pilot, but Year 10?  Not so much! However it is precisely because this year is so fundamental to work ethic and ultimate GCSE success that we chose to pilot it here. For I believe, fundamentally, and I know I am not alone, that mixed-ability teaching is far more beneficial than classes which are set. After all, most GCSE option blocks have always been taught in this way. It is only the core subjects which have had the “luxury” of streamed classes.

Appropriate differentiation, tactful intervention, unwavering belief in every pupil’s ability and high, high standards for all are the cornerstones of this method of teaching. Pupils must feel as if they are being challenged and the lessons must be engaging for all. Mixed-ability teaching certainly keeps you on your toes! A chalk and talk pedagogy just won’t cut it and there must be a much wider range of approaches and techniques to embed skills. Formative assessment plays a more significant role in lessons – you simply have to know how each pupil is faring at different stages within the lesson to know when you might need to move one child on, or reinforce skills for another. It makes for a much more nuanced type of lesson delivery and planning. But that’s exciting, too.

Far more important, however, is the impact on the children themselves. I wanted to know how they felt about their English and the pace and structure of their lessons. So I asked them. Apart from one pupil who was a bit worried that her performance had stalled in the recent weeks, every single other pupil was vociferously in favour, citing reasons such as, “I am making so much more progress this year” and “ I really feel as if I am being pushed to do my best”. My favourite response, however, was this: “I didn’t realise this was a mixed-ability class. The teacher tries to make sure we all know how to get Level 9s”.

I love my year 10 class and I know my lessons with them this year are more interesting, varied and probably more effective than those I have previously taught. It isn’t easy to enthuse teenagers about Dickens, but I am completely convinced that the methodology I choose, which has come directly out of the needs of the pupils I teach, has helped. To return to the quote at the start of this article: Yes, I know with whom they are learning and yes, I know how much they have learned. I also know how much progress they are making and how aspirational they are. And it’s a far more positive picture than I have seen before.