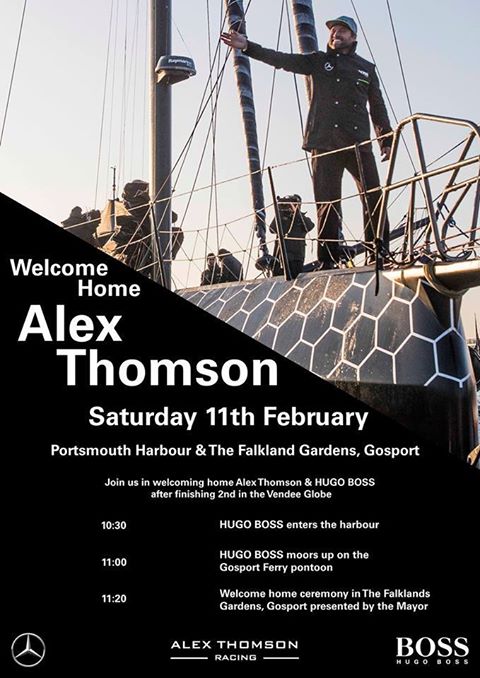 Alex Thomson returned to Gosport on the Hugo Boss yacht that he raced round the world in the Vendee Globe. Parents and staff turned up at the Gosport Hard along with many others in this sailing community, to wave flags and cheer as the flotilla entered the harbour and ushered Alex, with Oscar – Meoncross Infant and Alex’s son – standing bravely on the deck of the yacht as it came in to dock. The Mayor of Gosport welcomed Alex home and congratulated him on his close-run second place.